In case you haven’t heard, bitches love tacos. And beer. So when The Knight Agency invited us to a media preview of a “Chef’s Brew Beer Series” featuring Pedal Haus Brewery and CRUjiente Tacos, we couldn’t RSVP faster. 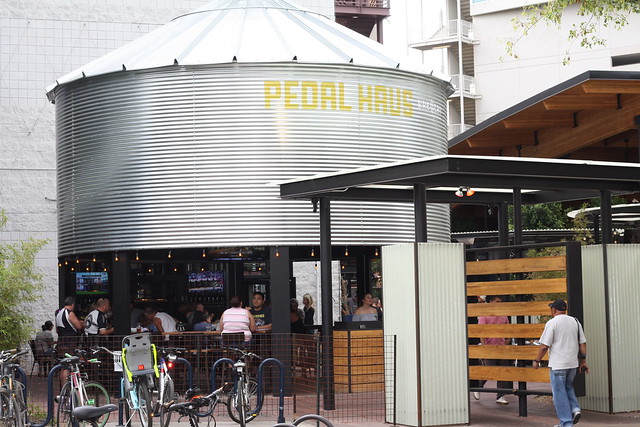 CRUlaboration was hosted at Pedal Haus Brewery in downtown Tempe. We immediately fell in love with the spacious and shady patio. 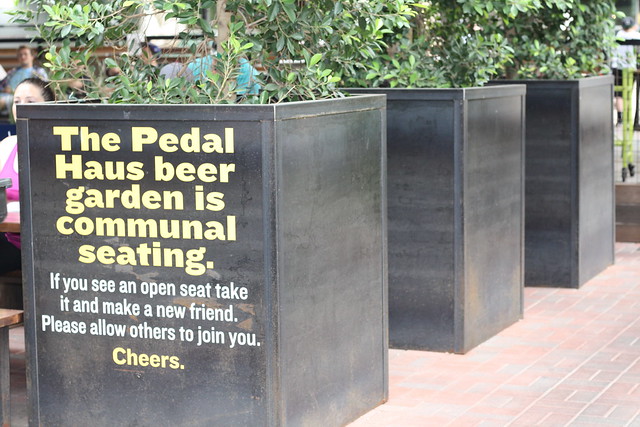 The communal seating in the beer garden is perfect for groups, and with corn hole, ping pong, and numerous TVs, we could see ourselves spending the day there (especially since the patio is dog friendly)! 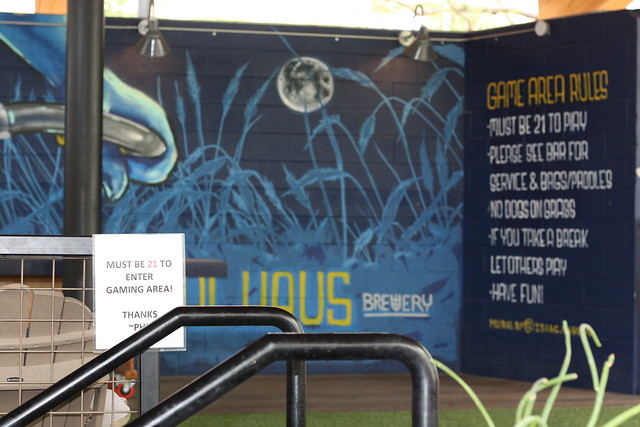 We started with a round of the “CRUlaboration” beer; a blood orange Gose brewed with Hanapepe Pink Sea Salt from Kauai that is definitely Beer Bitch Approved. This perfectly balanced beer was juicy and crisp with just the right amounts of tartness and carbonation. 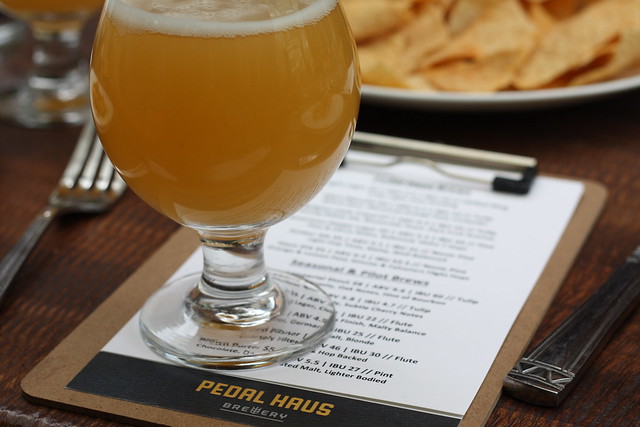 You may have missed this delicious special tapping, but Pedal Haus offers a rotating selection of seasonal and pilot brews so there’s always something new to try. They also feature haus brews, guest drafts and cans/bottles, as well as cocktails and wine for you non-beer Bitches (we don’t judge). 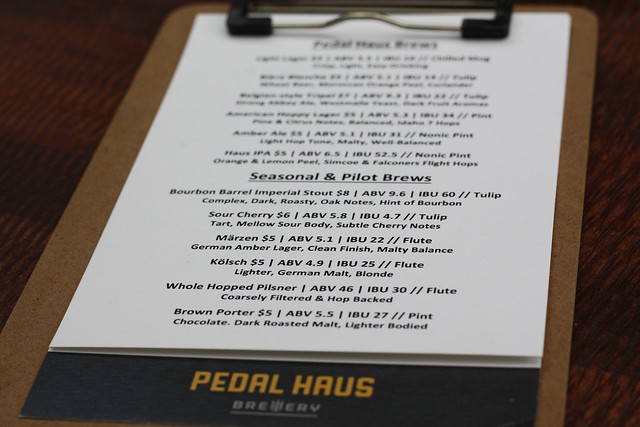 Next up was a Roasted Pork Belly taco with Habanero Blood Orange glaze from CRUjiente’s Chef Hinojosa, who took over the Pedal Haus kitchen for the day. 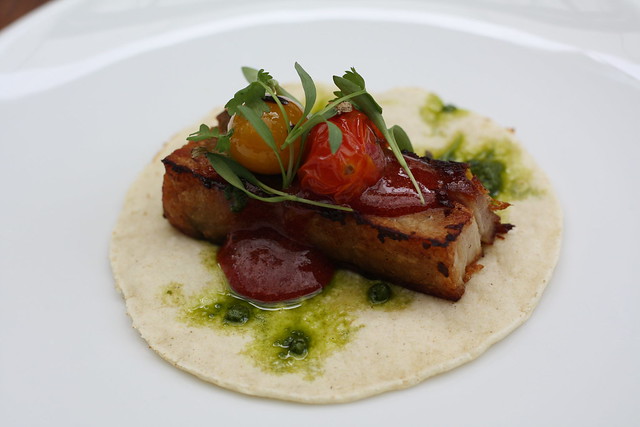 Emily said, “the pork belly was tender and juicy with the perfect amount of fat to add savory flavor. The spicy habenero sauce had a nice kick while the tomatoes added a subtle sweetness. A good amount of heat for people who like spice but it could still be enjoyed by those who don’t.” Check out CRUjiente’s Arcadia location for even more unique street tacos. 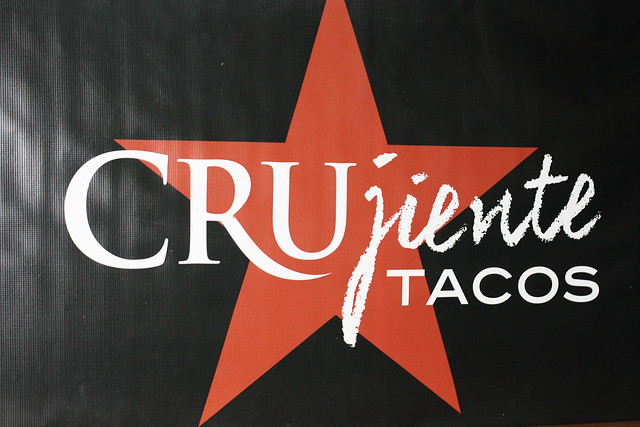 Just when we thought CRUlaboration couldn’t get any better, we got to try the Pedal Haus’ nachos, AKA the most beautiful nachos we have ever seen. Seasoned chips topped with beer battered cheese, chicken chile verde, black beans, corn, pickled Fresno peppers, cilantro, and lime crema?! Yes, you read that right. We loved the cheese to chip ratio (because soggy nachos are just sad) and the incorporation of fermented food! 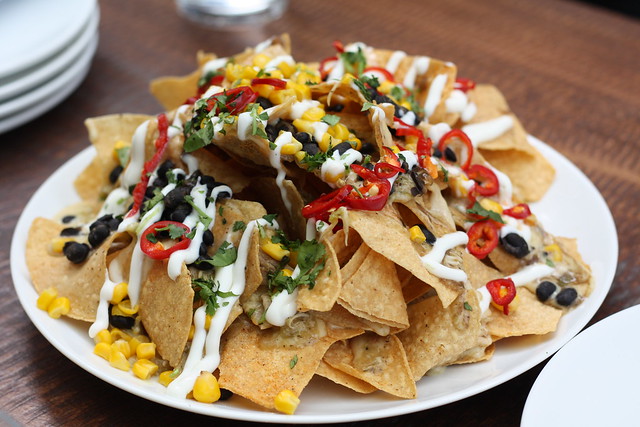 Huge thank you to Julian Wright and Derek “Doc” Osborne of Pedal Haus, Richard Hinojosa and Jason Morris of CRUjiente, and The Knight Agency for inviting us to such a delicious and inspired event. 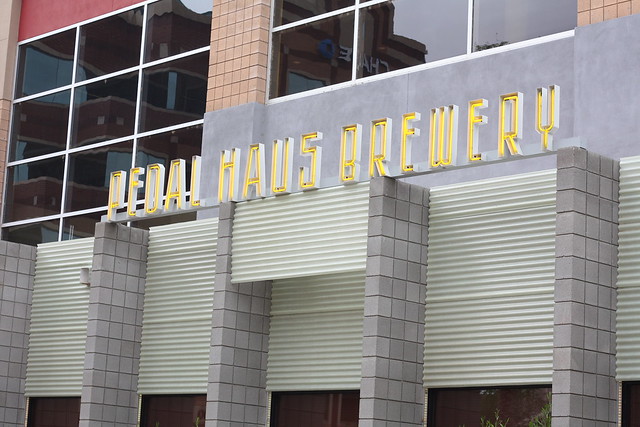 These Bitches can’t wait for the next Chef’s Brew Beer Series. In the meantime, which breweries should we check out next?