It’s kind of every person’s dream. The award-winning bartender, Phil Clark, is sitting down with us at his bar, Blue Hound, inside Hotel Palomar Phoenix, and he’s brought five of his favorite drinks off his new collaborative fall menu for us to try. 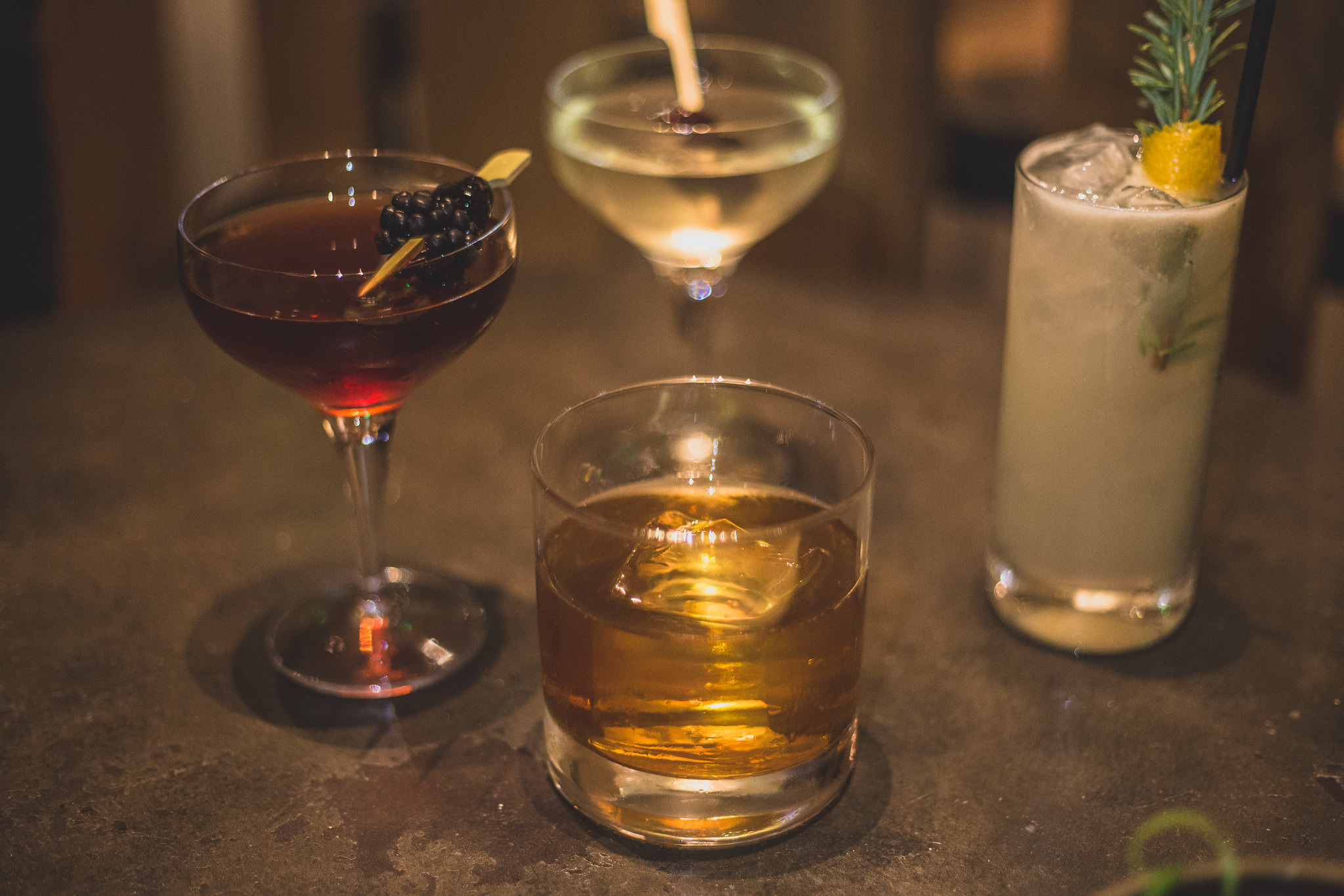 “It’s like liquid Nutella” isn’t just the name, it was Kayla Szeliga’s, a member of Clark’s team,  initial reaction to the drink. Ours, too. The drink, inspired by an old-fashioned, went down terrifically well and was viscous enough to read like a boozy dessert. “[Making cocktails is] like cooking with ice,” Clark says.

But how did Clark even come up with this recipe? I can whip together a meal with leftovers like a fun game of Chopped, but cocktails are a different story. I mention how once I tried to do something different for my boyfriend, so I made a gochujang simple syrup and mixed it with who even remembers what. Probably whiskey. Needless to say, it didn’t go over well. At all. And I had to promise my boyfriend I would never ever make him a drink ever again. What went wrong?

Clark laughs and quickly, effortlessly, gives me a recipe for a better gochujang simple syrup on the fly, this time with honey, and gives me a bevy of options I can try to whip up. It’s so easy for him. Probably because it’s his passion, which may be most apparent in his martini, the aptly named, “this is the martini you’ve been looking for.” It’s a blend of Death’s Door gin (A fennel and coriander infused twist on the typical juniper berry liquor), blanc vermouth, champagne vinegar, kalamata olives, and fennel syrup. 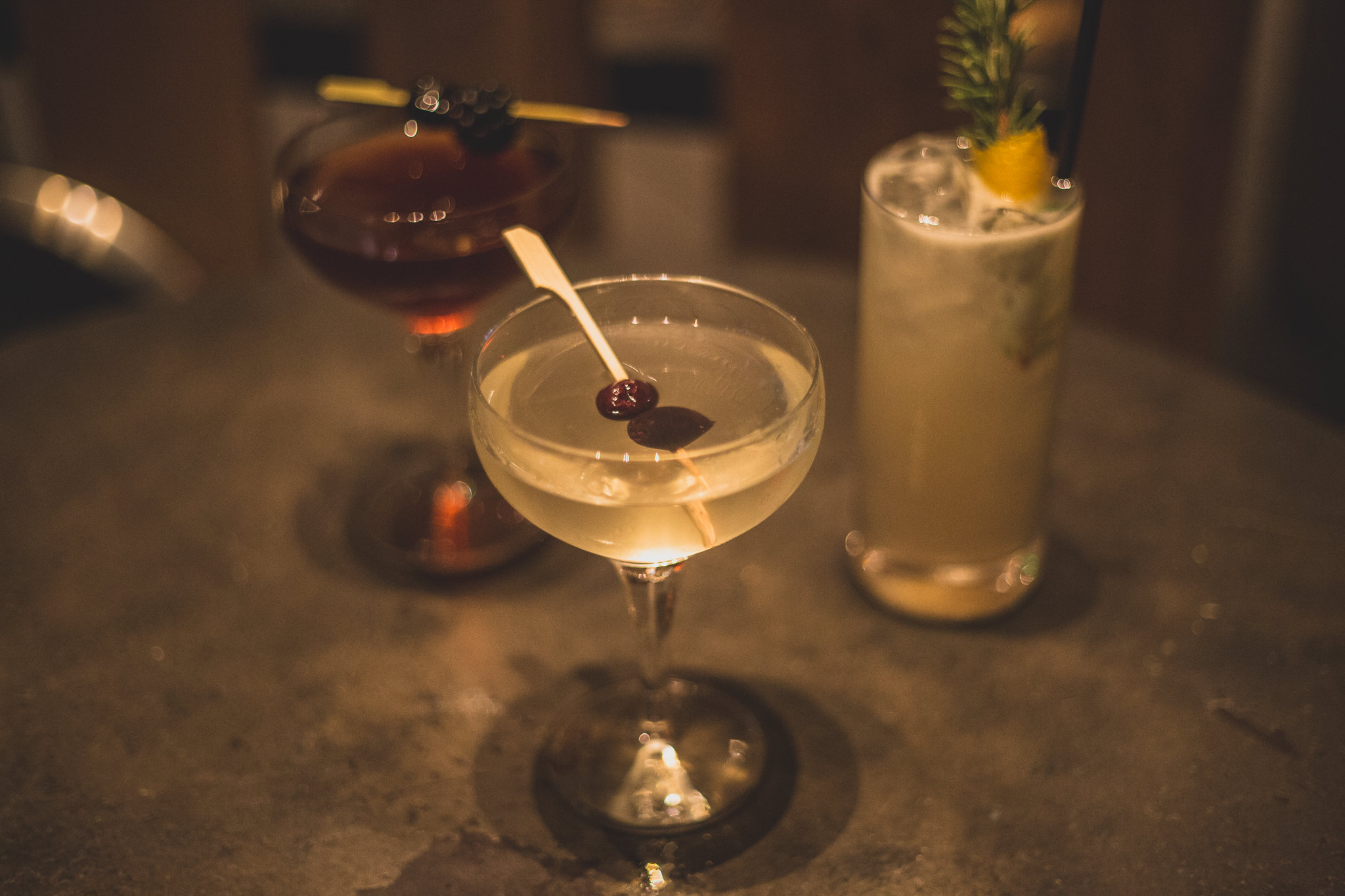 Fennel is one of those ingredients people either love or hate. Sort of like Seth Rogan. No one is ever ‘okay’ with Seth Rogan. You’re either stoked or furious he’s in the movie. Fennel is the Seth Rogan of the culinary community. In this drink, it works. The anise hits you as the last soft note, rounding out the brightness of the drink.

Explains Clark, “I wanted a new take on the martini and when I hit on this, I was like, yup, this is the martini I was looking for.”

Clark then goes into the deep chemistry of mixology. There’s a science behind it. He even uses graduated cylinders when he mixes to ensure every drink tastes about the same. He mentions about fifty books he’s read about mixing, bartending, spirits, booze, and the art of the craft cocktail. It’s maybe more than I read for my English degree. Clark says a great drink comes down to research (which PS I did not do when I made that gochujang drink).

I’m not trying to kiss anyone’s ass, I’m a member of Bitches Food Club and we’re called that for a reason, but please ask that same boyfriend I’m not allowed to make drinks for anymore if I’ve ever had a full martini without halfway through sliding it over to him so he can finish it and I can sip on some water or Pellegrino. The answer is no, I haven’t. Except for Clark’s. “Your martini shouldn’t be bone dry,” he explains, “It should be rich and complex and interesting and cold.”

This isn’t the booze talking. His drinks are exciting adventurous dives into flavor. I’m not one for hiking, but I’ll explore flavor. Especially when Clark and his team vow to bring to the next level.

“So, we have a bartender here,” Clark begins, “One of the members of the team, and he wanted to do riffs on like, a mule or a Manhattan, or, whatever, and after several attempts at his ‘take’ on something that’s already a thing I said to him, hey, look. This isn’t what we do here. We aren’t riffing on things that already exist. We are not going to build our program around the individualized spirits that you like. What we do here is about flavor. I don’t want you to be able to walk into a bar somewhere else and get our cocktails, I want you to come here and get them.”

And we will Phil Clark. We will. 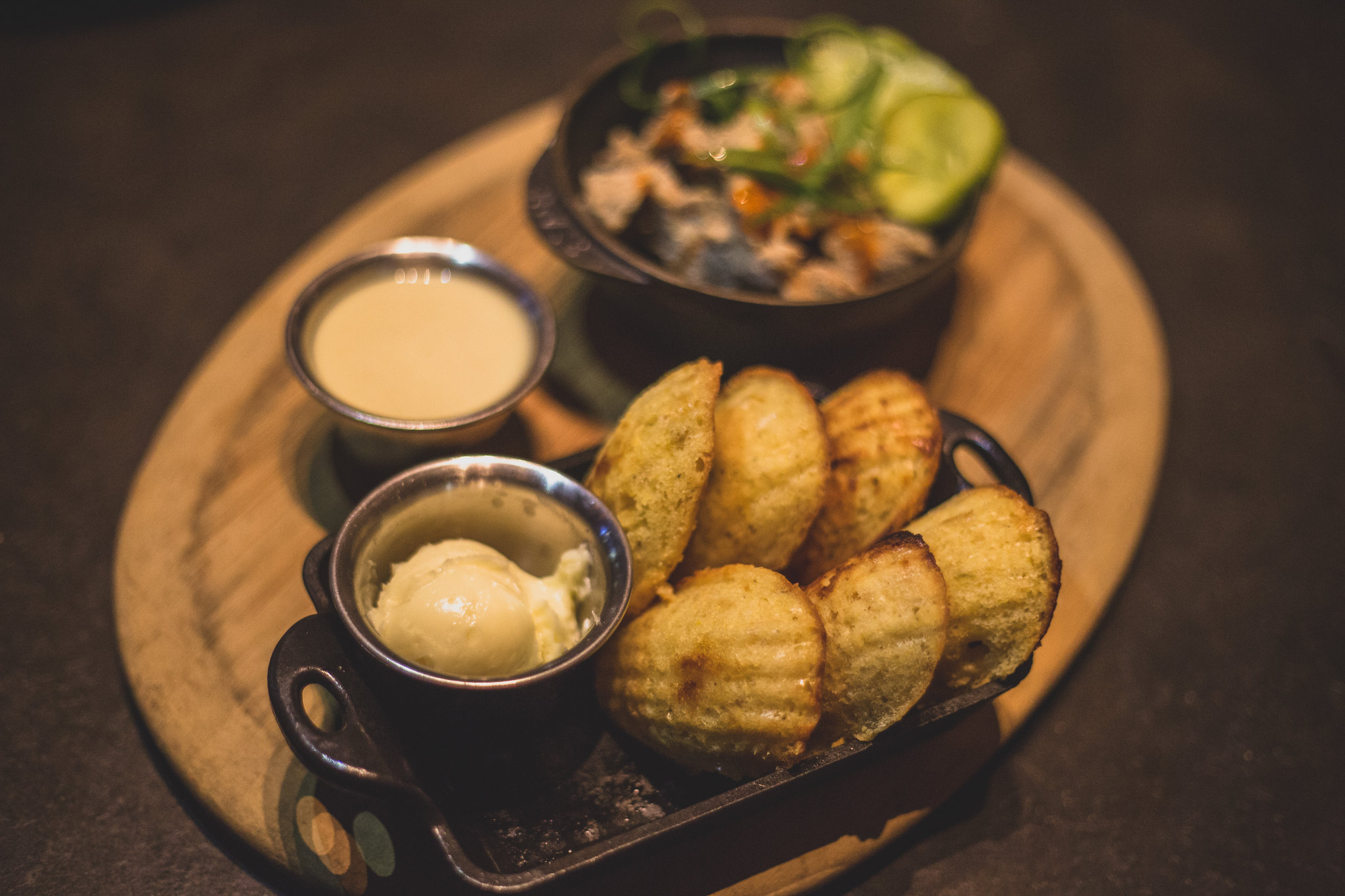 Small bites of cornbread and chicken bites with white BBQ sauce. You know, so we don’t fill up on booze.

Just kidding. We filled up on booze. 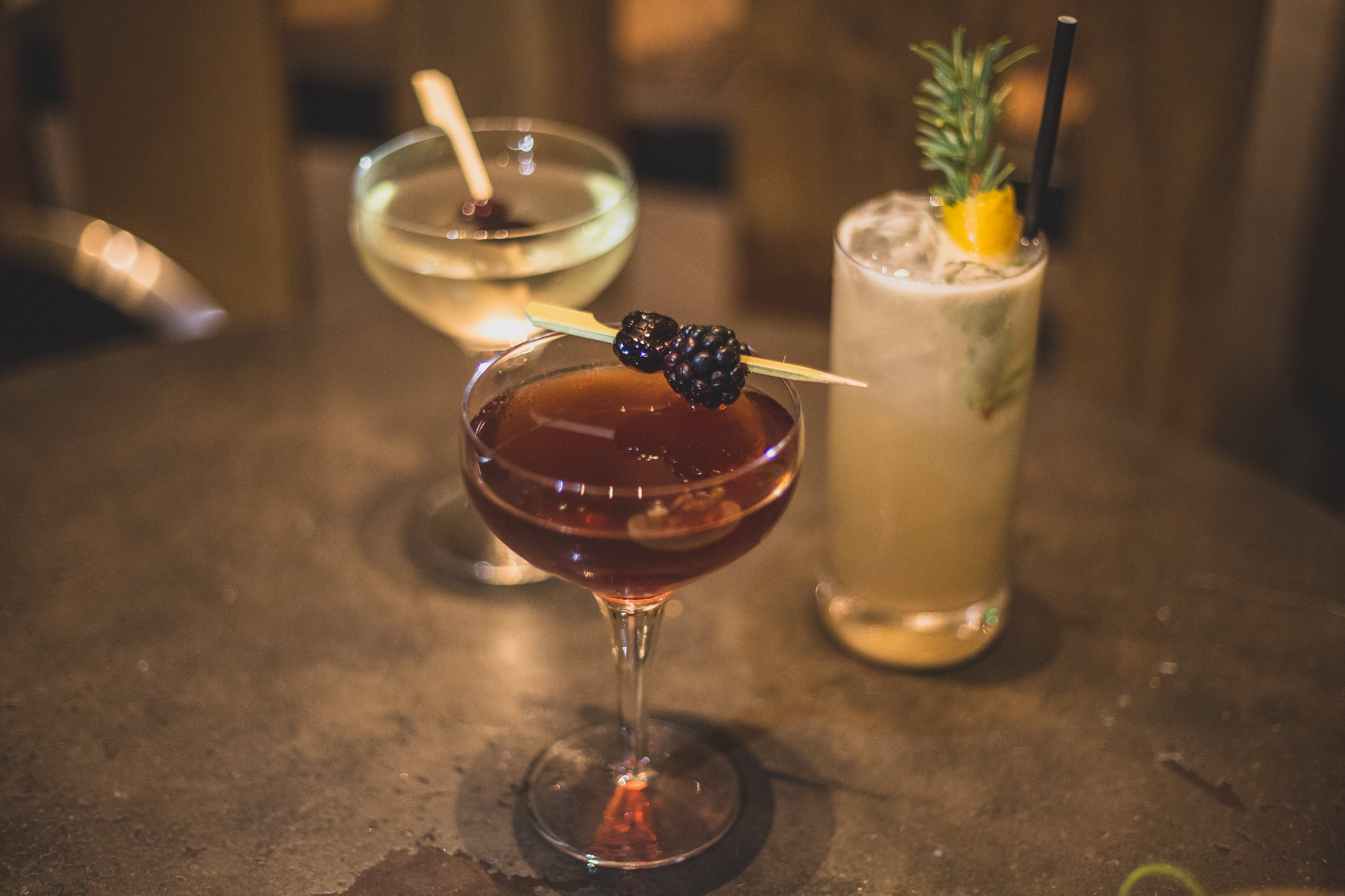 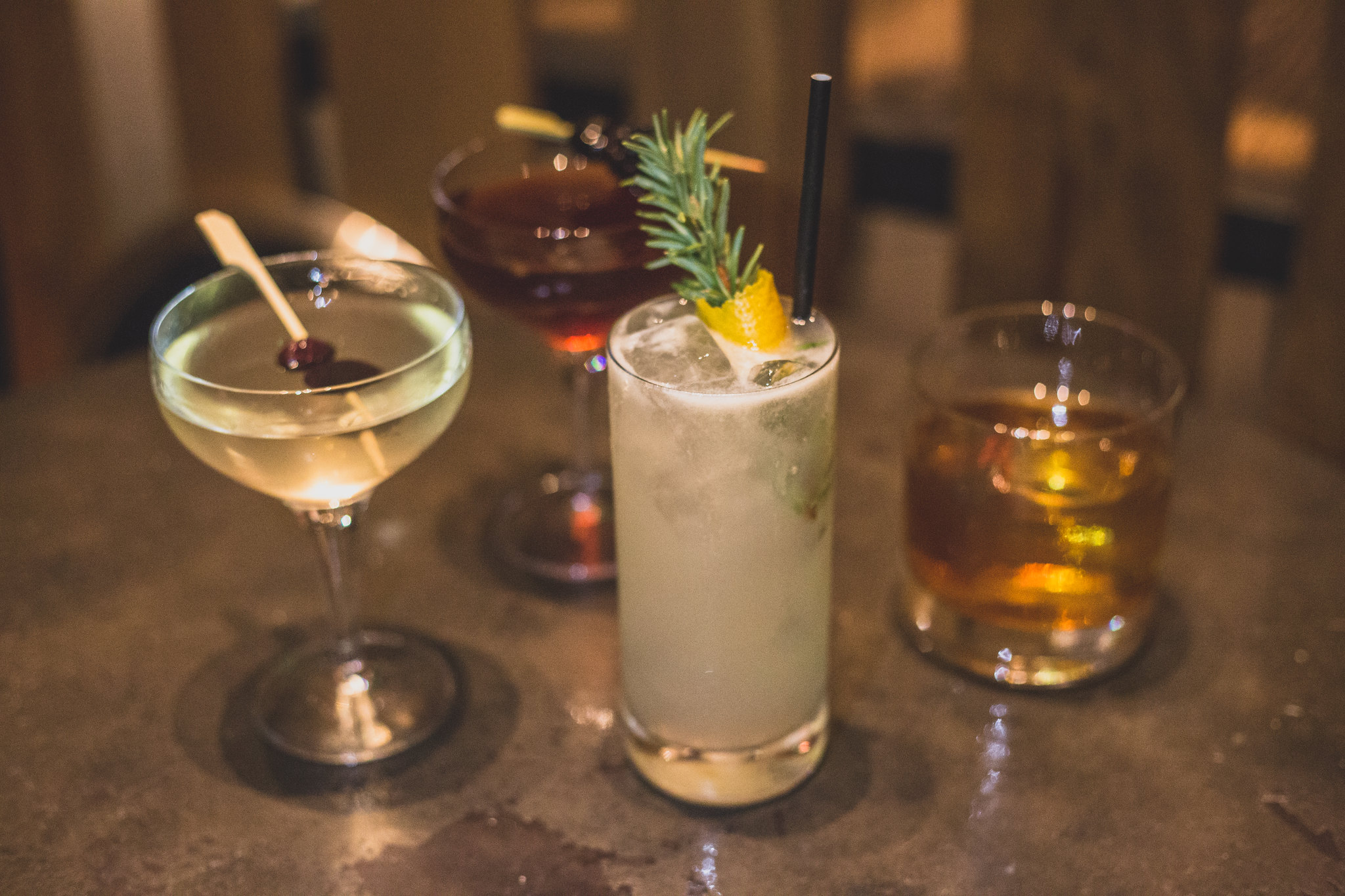 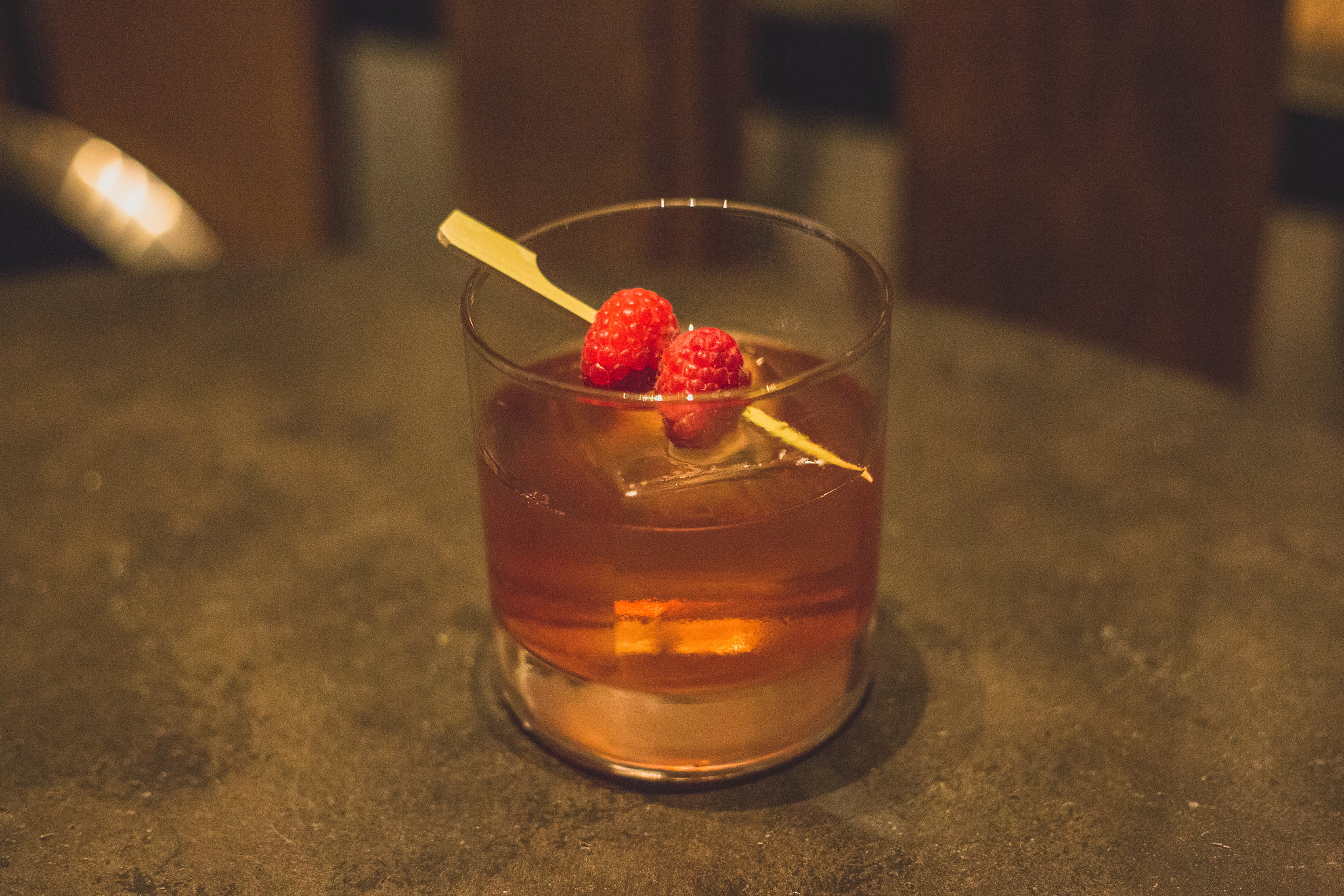 Just a note: We were hosted, but it doesn’t change our views. No, seriously it doesn’t.