Have you ever thought to yourself, hey, if I live in Phoenix and Phoenix is so close to Mexico, why can’t I get authentic Mexican food on every street corner? You’re not alone. It’s an often asked question amongst the Bitches who frequent Barrio Urbano to get their fix, but now, we welcome with open arms El Panzon y Frida.

Paulina Martinez’s El Panzon y Frida is ‘food forward, fresh and local concept’ with an emphasis on fresh. For example, their octopus (which you should definitely order) is flown in fresh from Spain, roasted on a low heat in an oven for four hours, and then grilled two minutes a side. It’s way cheaper than a trip to Spain and we promise the memories of this dish will last just as long. 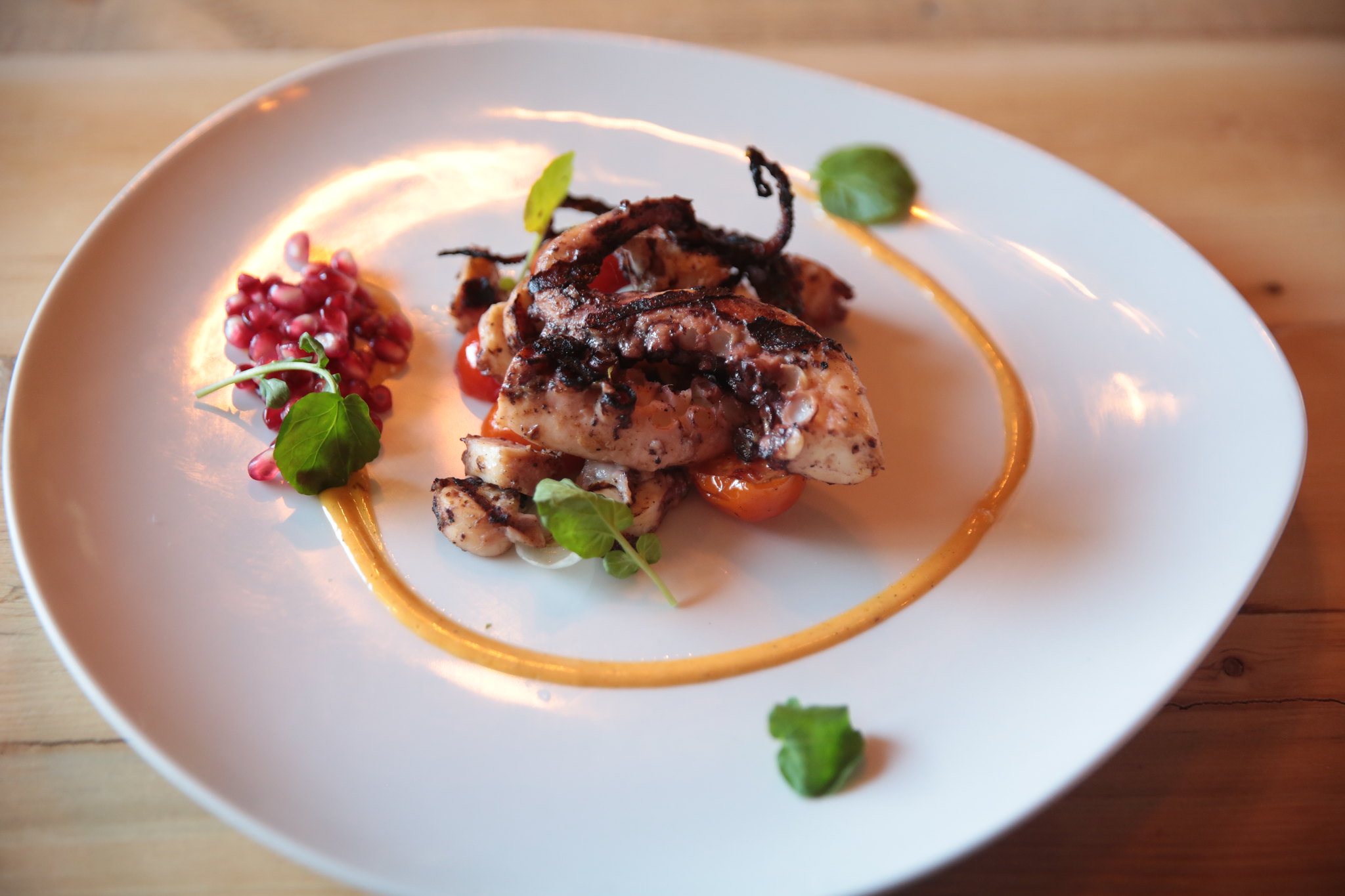 At the media event we were invited to in April, we were greeted with sage margaritas topped with housemade sea salt foam, fried olives, crudites and kale dip, goat cheese mousse, and fish cakes. Truly the nicest meet and greet we’ve been to in a while. The decor is bespoke and a mix of natural materials including steel and wood and immediately sets the tone for the bright, flavorful food El Panzon y Frida serves. 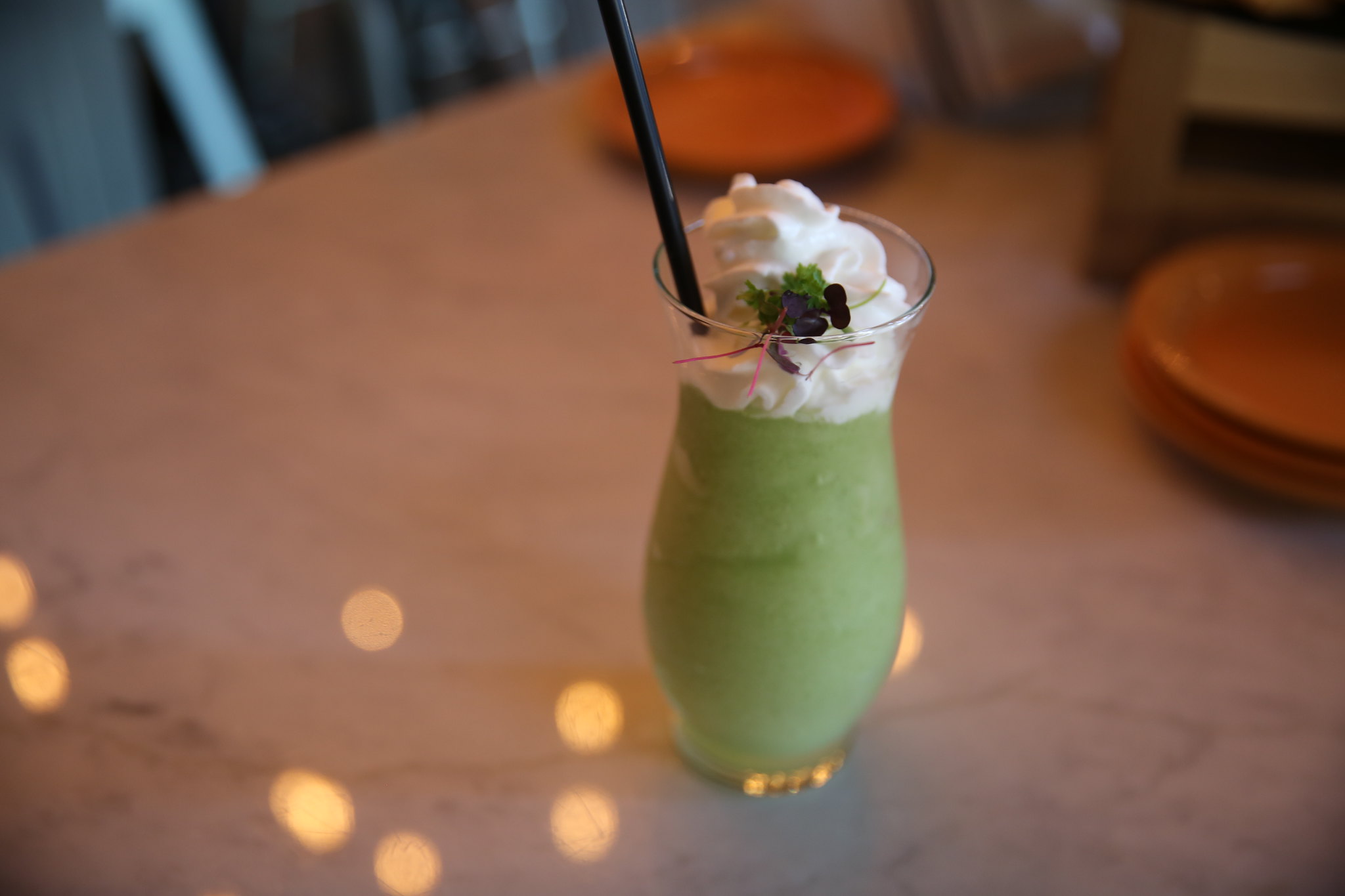 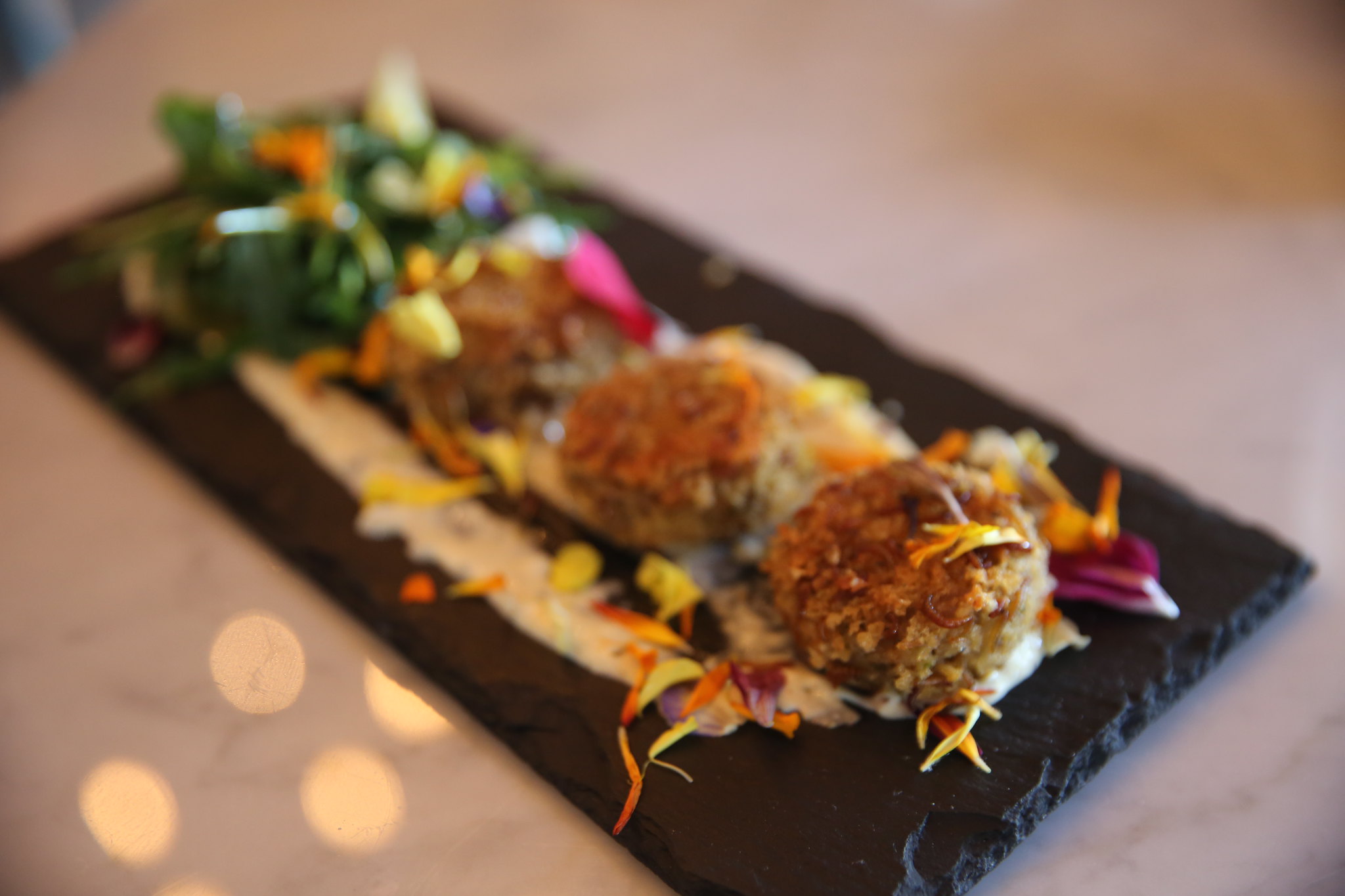 The fish cakes on the menu aren’t for the faint of heart. Or for people who don’t ever want to eat bugs. They’re encrusted with Buffalo Worm and that isn’t a euphemism, the crunch on these fish cakes really are worms. You can’t taste them, but they add a texture you can’t get from Panko, turning this tapas item into a Fear Factor situation for those who can’t hang. 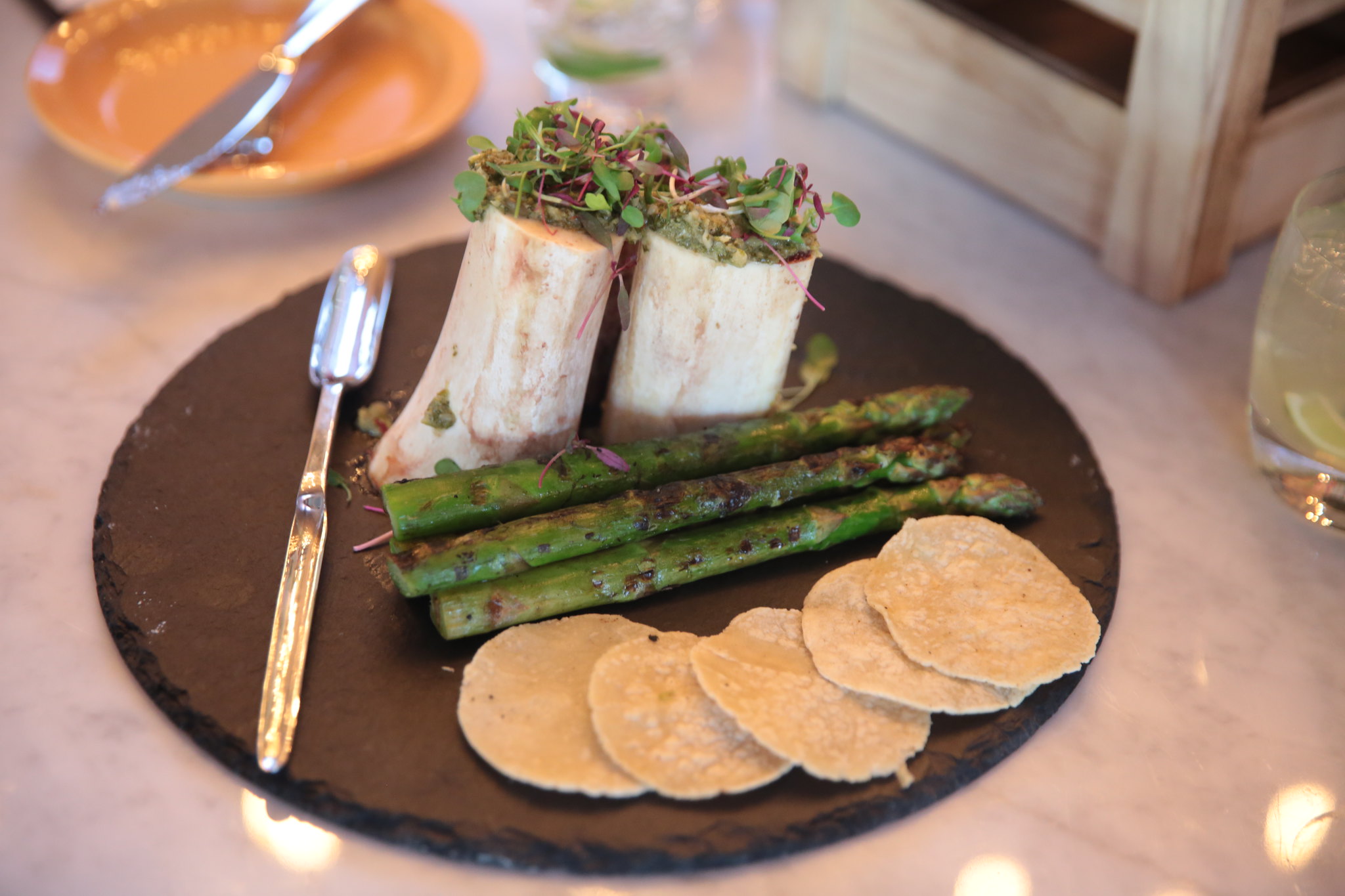 There’s also bone marrow. Bone marrow is one of those foods that started off trendy but now adorns most menus at good, local restaurants. El Panzon y Frida is no exception, serving up housemade tortillas to hold the marrow with chimichurri and offering up bourbon shots in the leftover bone. The chimichurri is much needed. Marrow on its own can be heavy and remind you how calorie-laden it is, but the addition of the brightness makes you feel like you’re almost being healthy.

For a lighter fare, we recommend the sea bass ceviche with blood orange foam. The ceviche itself is delightful; a fresh dish that’s as flavorful as it is colorful. The different textures from the radish, fish, and avocado pair well with the crispy housemade wonton wrapper you scoop it with. You can order this to share, but we really wanted this all to ourselves.

If you’re looking for more than just small bites, El Panzon y Frida also has a selection of main entrees including bone-in ribeye, seared scallops and coconut lobster, and if you’re there before dinner, a just-added-to-the-lunch-menu, poke bowl. 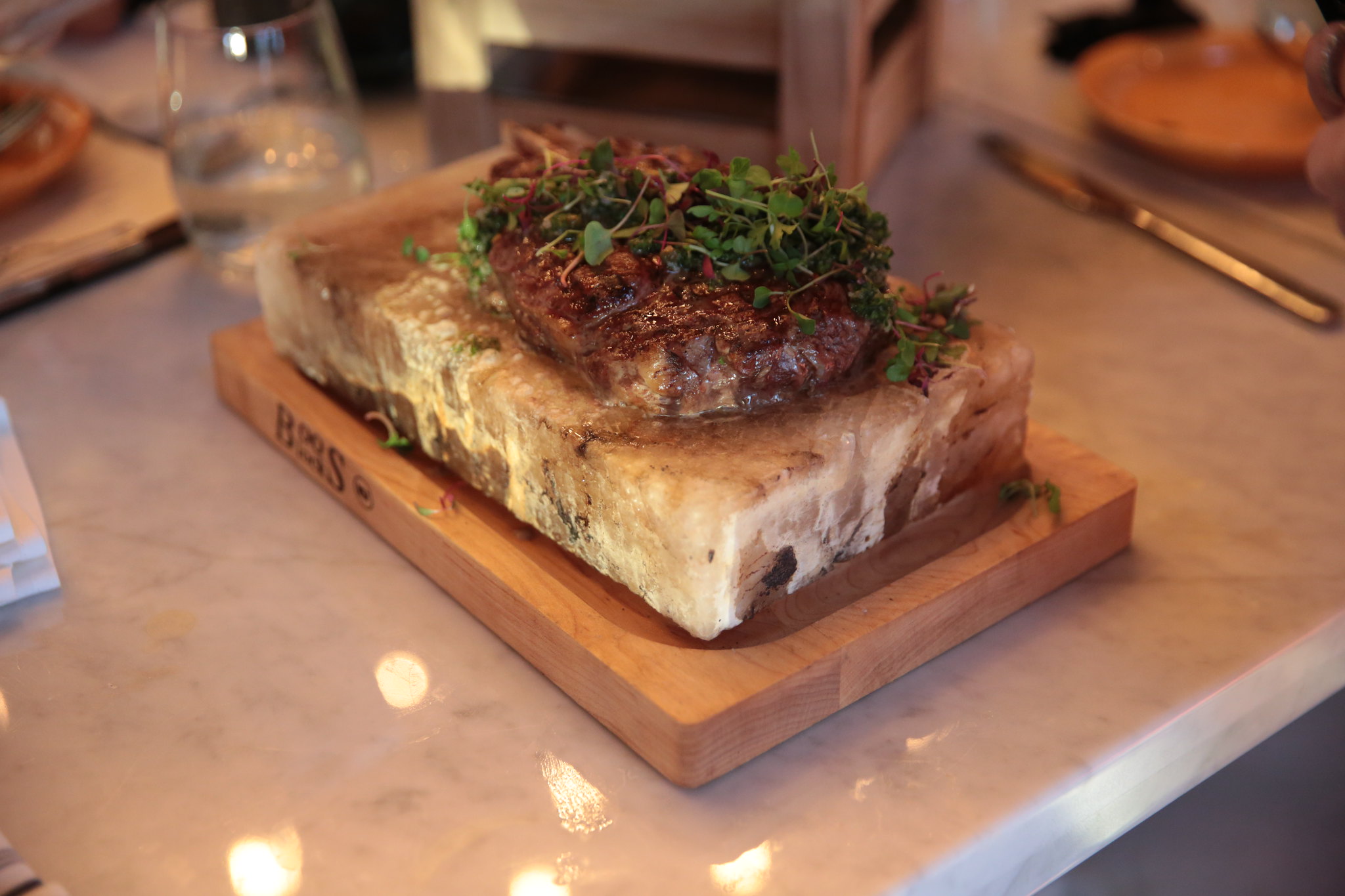 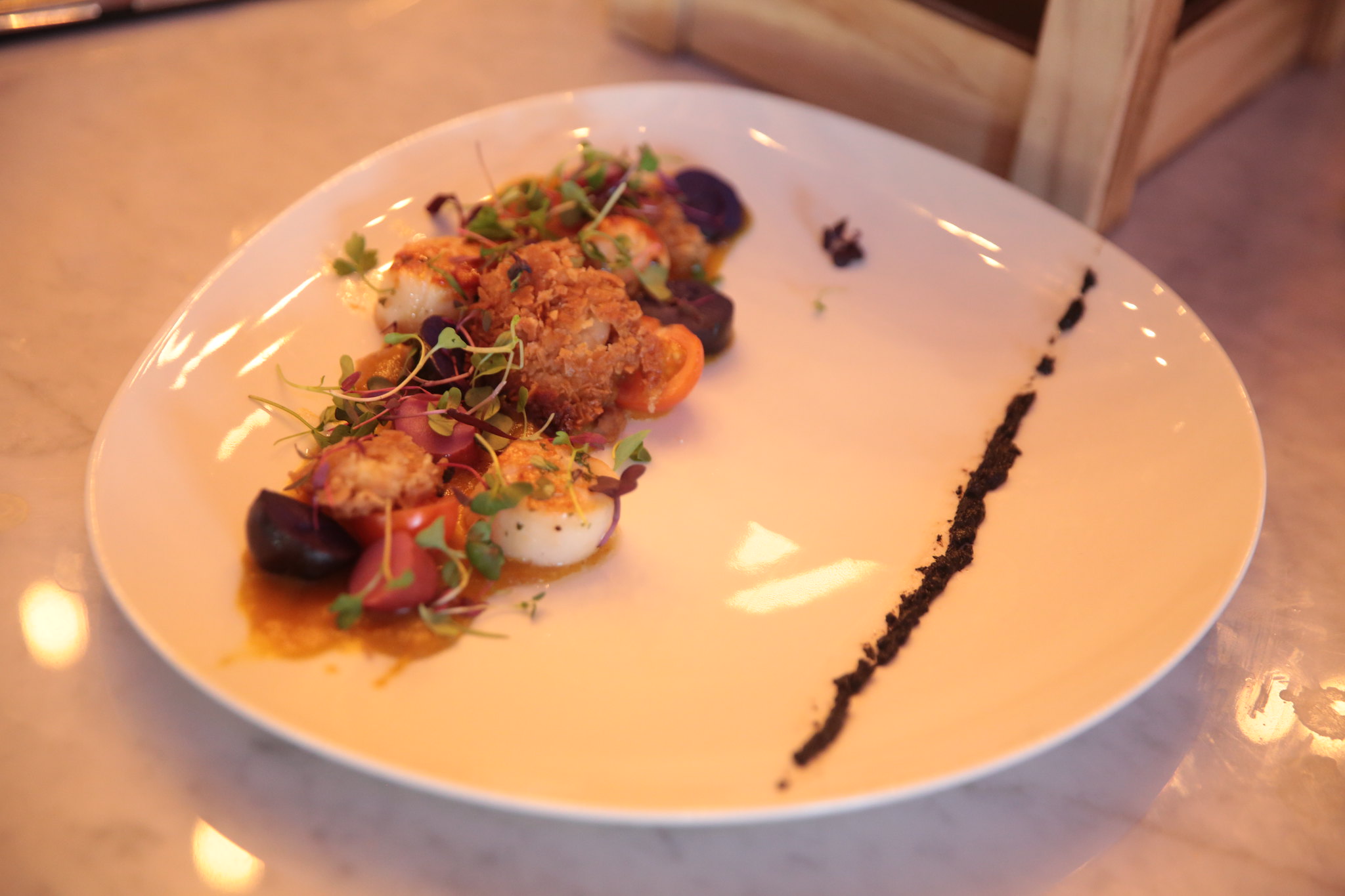 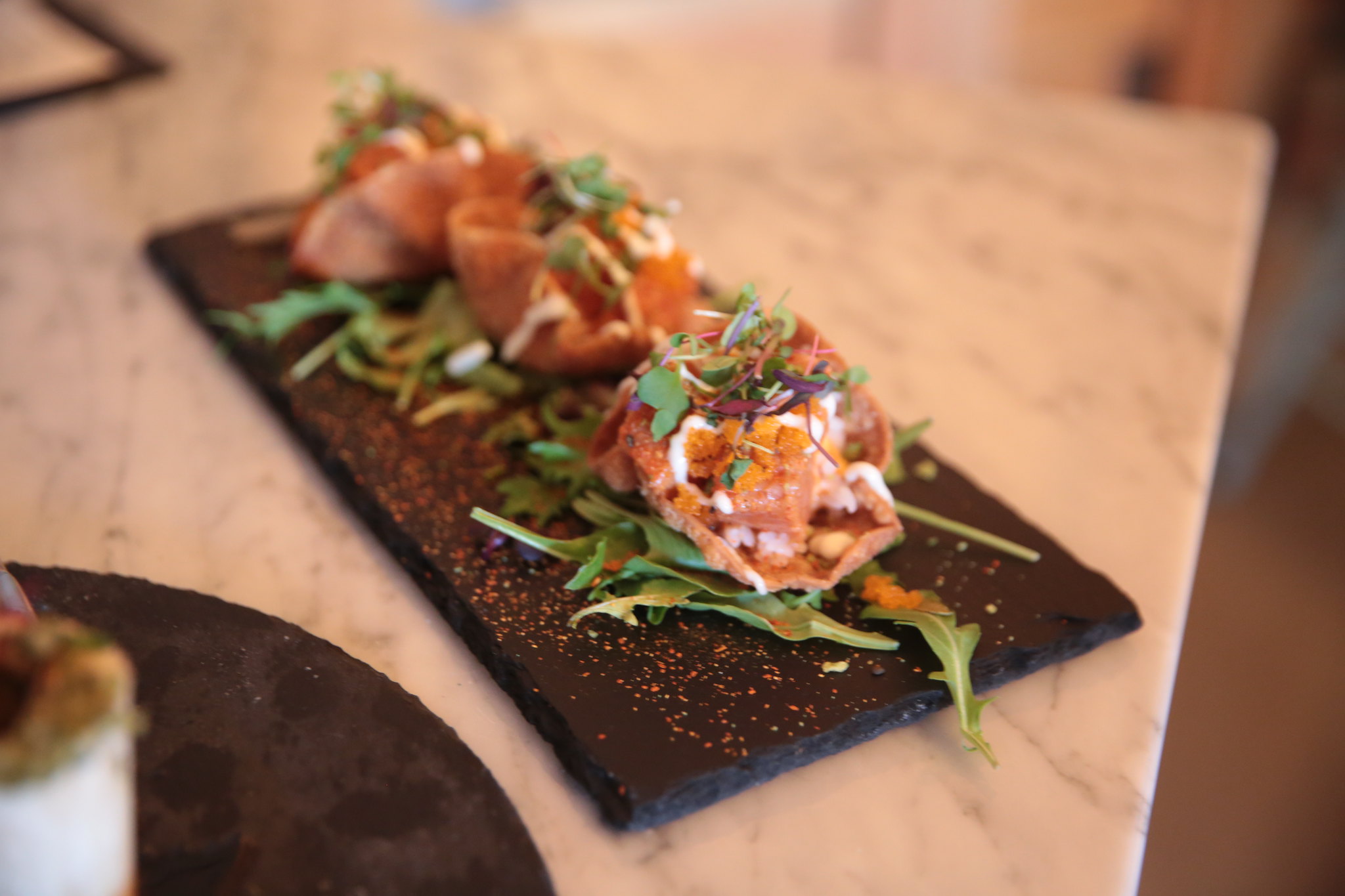 Poke is the new sushi. Well, it basically is sushi, but better. It’s sushi in a bowl so you can eat it as quickly as possible and Chef Martinez pairs her tuna poke bowl with the crispy wontons we loved from the ceviche. It’s not available for dinner, so swing by for lunch if you want the poke. 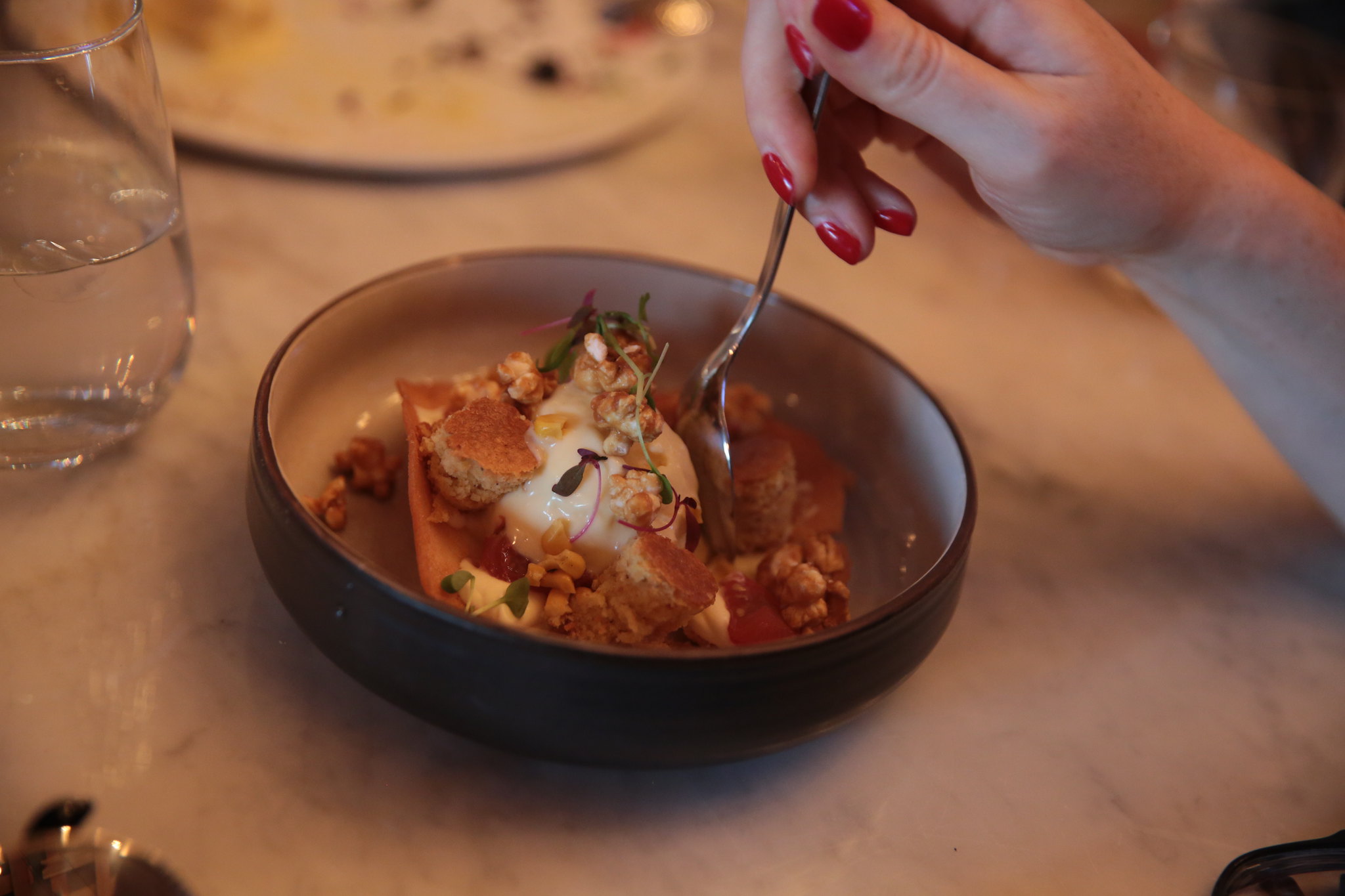 For those with a sweet tooth, definitely stick around for the popcorn ice cream taco. What. You ask. Popcorn ice cream. Stop. Not real. In a taco? You’re crazy. No. It’s real. And it’s in a taco. And it’s delicious. Chef Martinez has buttered popcorn steep in a creme anglaise before turning it into a luscious ice cream served over a classic tuile cookie doused in the warm flavors of a churro. Sure. A tuile is French and less taco-like than a tortilla, but trust us this just works. Definitely get a bite with the caramel popcorn and the cornbread and the cookie with the ice cream. It’s the perfect bite. It will ruin all other desserts for you. We had to warn you. Sorry.

Yes, El Panzon y Frida is on the side of Old Town with all the bars that have names that sound like Gwyneth Paltrow children, but brush past the girls barely wearing skirts and the guys doused in Axe to find this little quiet gem on the edge of the bustling club scene. Ask for a corner table by the window so you can people watch while you eat. Now it’s a great dinner and a show!