Bitches Brew Club had the chance to enjoy a sneak peek at the new Phoenix Ale Brewery CENTRAL KITCHEN located at 5813 N. 7th St., #140, just south of Bethany Home Road on 7th Street. Tucked in the back side of the building of this new complex which also houses Okra and White House Flowers along with an old school barber. 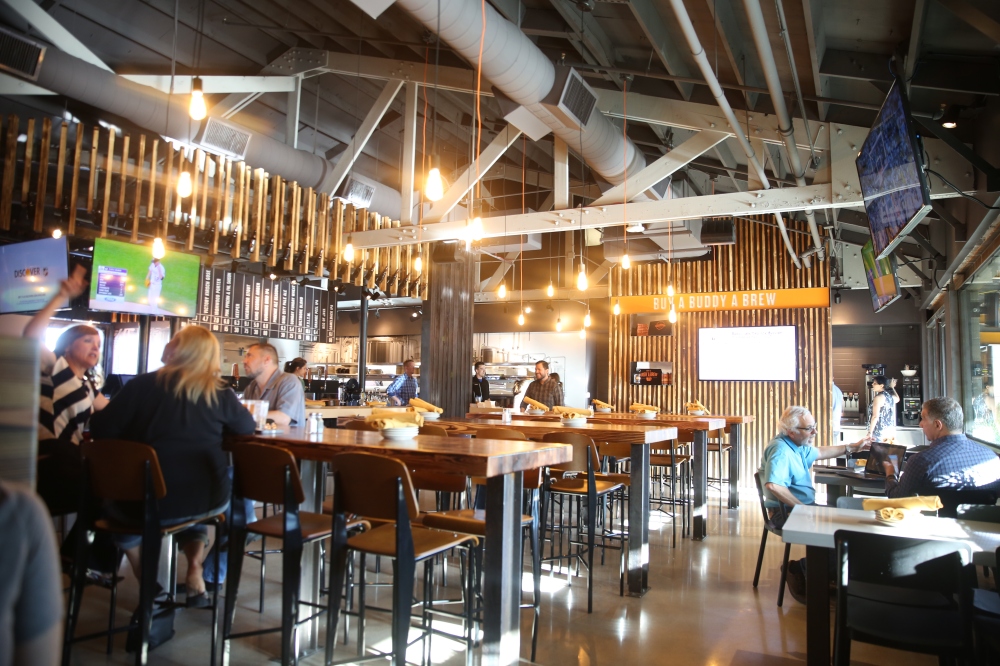 The interior is clean, raw and modern.  We love these hanging lights and the beer bottle embellished bar.

For our first round we decided on: Ironwood porter: 7% 60 IBU,  the slightly syrupy beer balances the bitterness of the hops; The Orange Peel IPA: obviously bitter, but it’s an IPA; The Watermelon Hefeweizen: light and sweet, and while some of us were hesitant because we’re not fans of watermelon we all agreed its the perfect beer for a 115 degree day; The Keeper: 6.3% 30 IBU  was a dark sweet, molasses flavor.  And don’t think beer is the only thing on the menu. They’re also serving house made cocktails, 2 of which will use beer reduced to a syrup. We can’t wait to come back and see what those are all about! 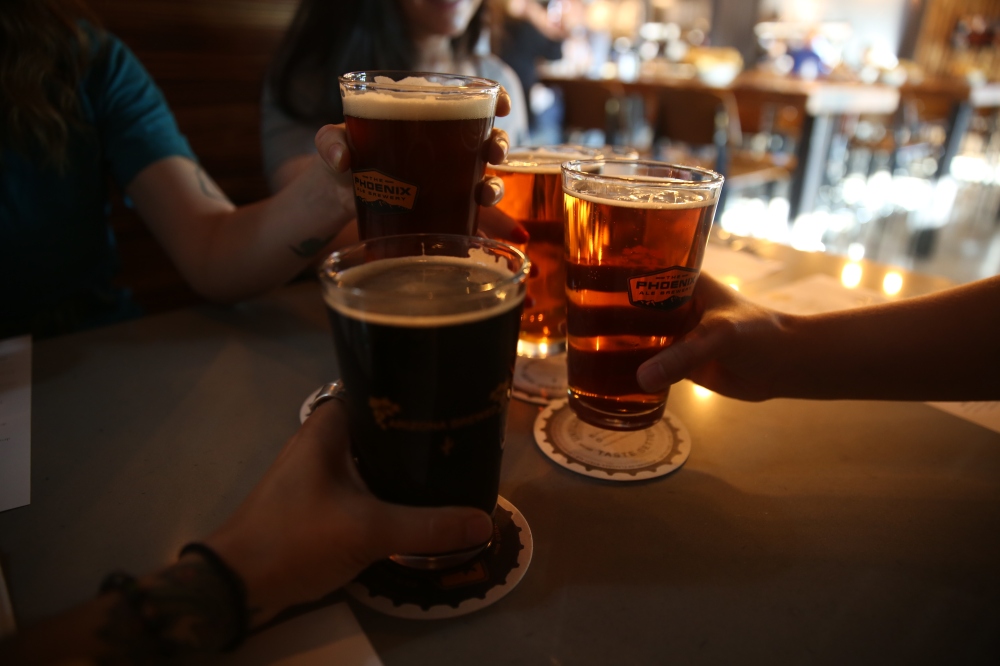 They brought us out warm olives marinated in Camelback IPA beer.  Due to the olives being warm, they were slightly softer creating a new and unique texture for olives.  We also appreciated the complex flavors of pairing olives with vinegar and orange zing.  Oh and there was a pickled garlic clove hiding in there and we pretty much fought over who got to eat that. Added bonus, just look at this adorable mini cast iron skillet! Bitches need.

While enjoying our olives we talked about our starter options… 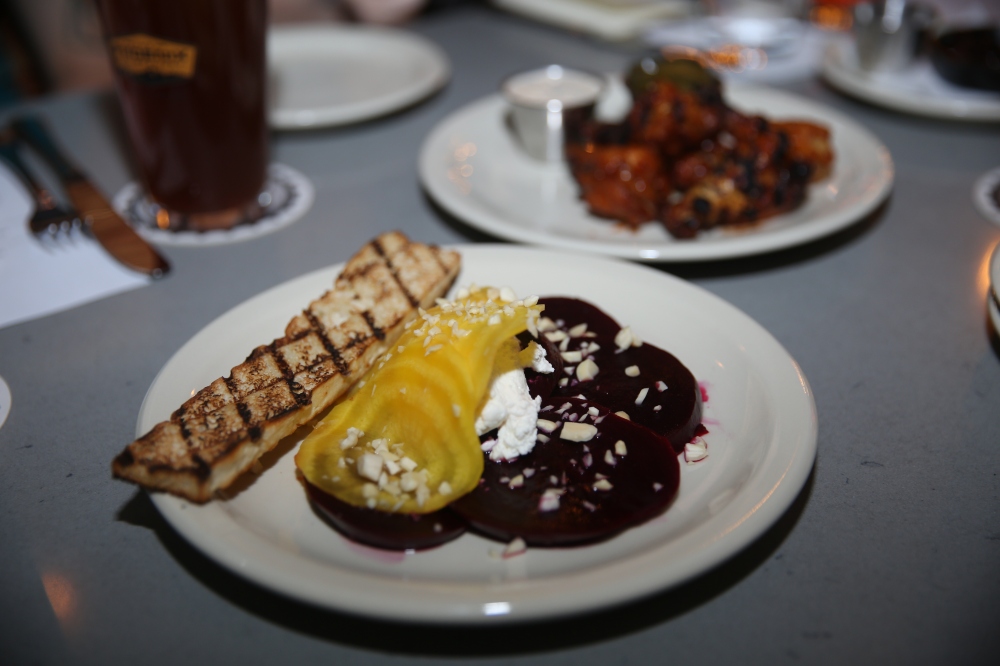 We decided on the Roasted and Pickled Beets to start, we might have loved the pickled beets most. I mean how could we not love anything served with goat cheese and toasted bread?! 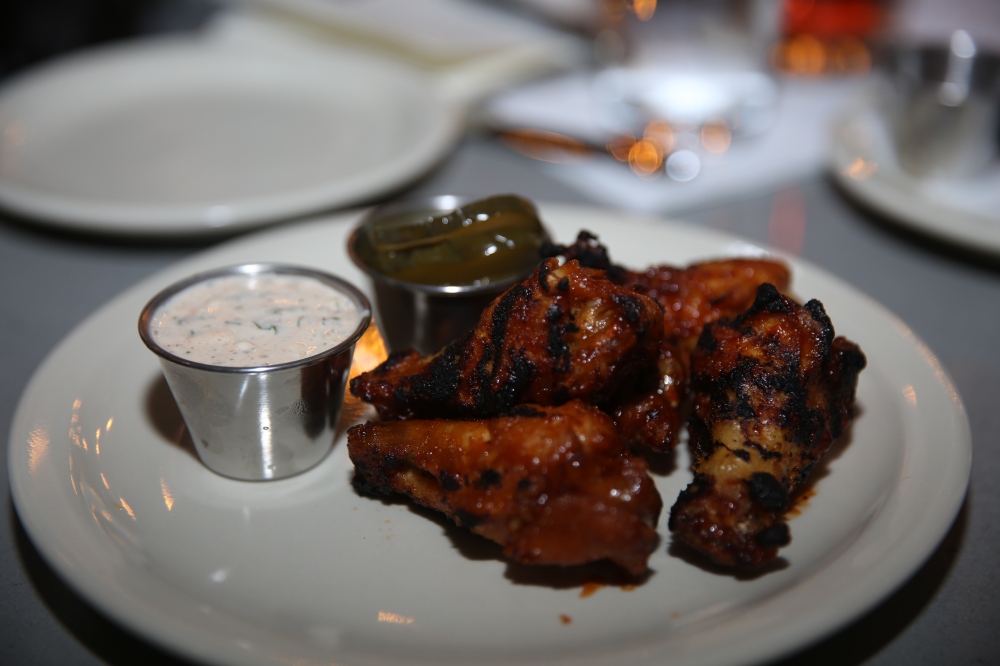 These King George wings were mouthgasmic.  These BBQ beer wings were coated in honey crispy King George Amber ale and caramelized and charred to perfection, served with a coleslaw dipping sauce featuring dill,paprika, and a side of sweet butter pickles.

Macey ordered the Jalapeno IPA Mac and Cheese with bacon on the side, because she’s a good friend and some of us don’t eat meat.

This is the official That-Was-So-Good-I’m-Angry-I’m-Done-With-My-Bite face. Bitches have levels. 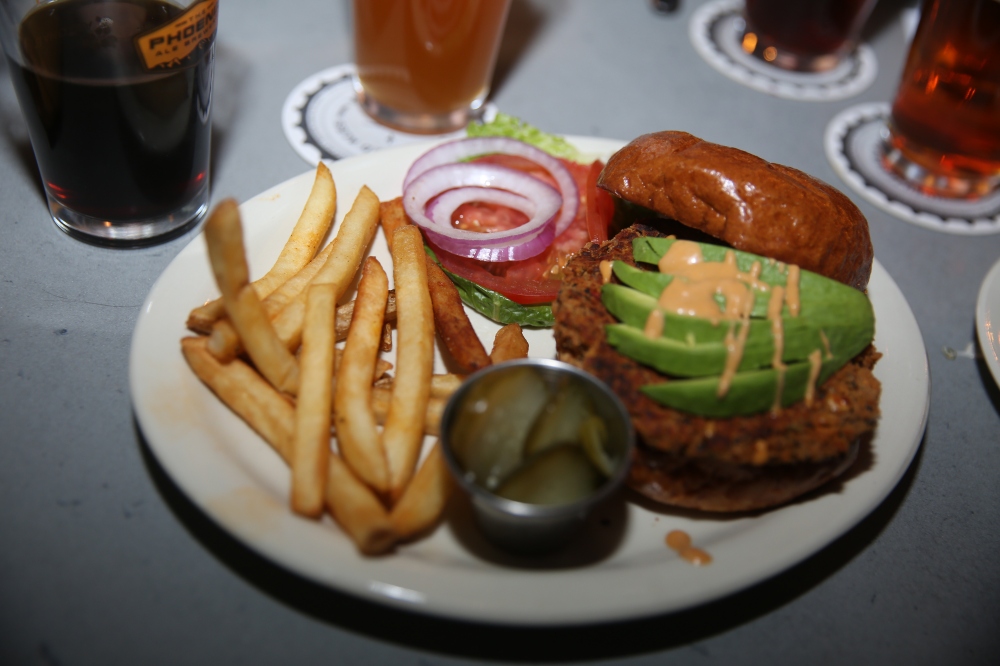 A look at the vegan black bean burger served with vegan chipotle sauce, a little dry for some bitches, but a great option for vegans and vegetarians alike. 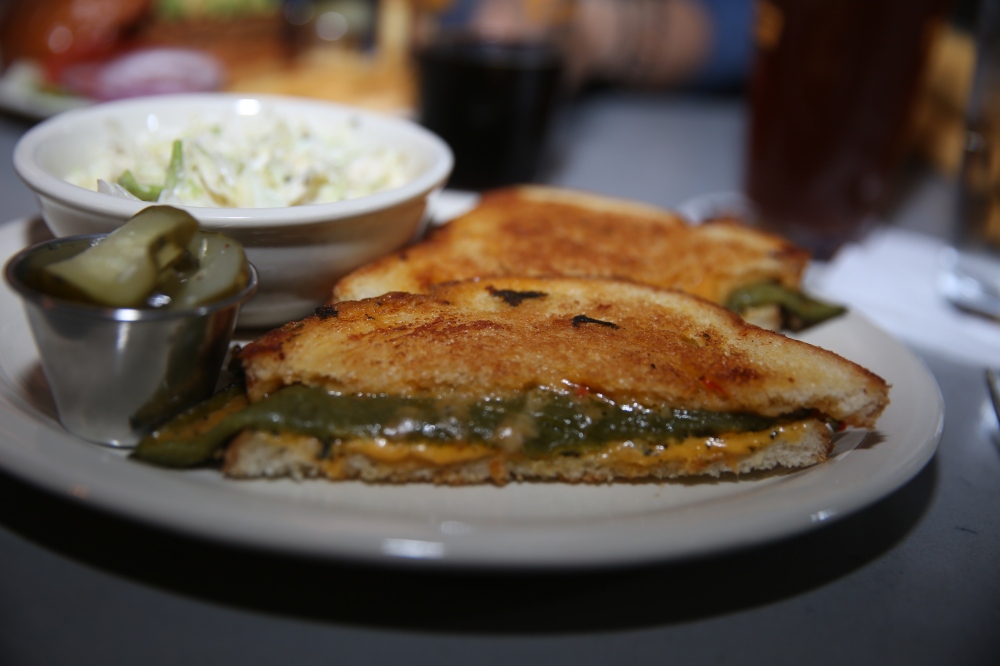 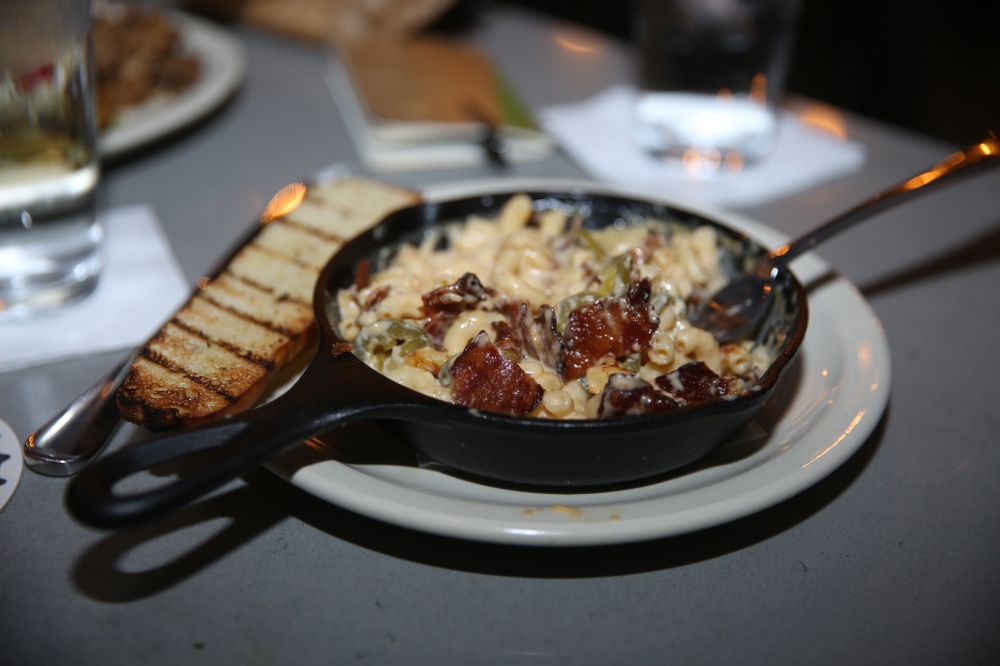 Mac and Cheese with Apple-wood Smoked Bacon mixed in {after the vegetarian got her bite}.

An inside look at the vegan black bean burger, which we ended up finishing and still barely having room for dessert.

We ordered the Brownie a la mode. Big, rich, and warm. As Stephanie describes it was,
“Like a hug on the inside”.  In the background you can also see our Pies from Momma Toledos featuring strawberries and creamy custard inside of a perfected pastry dough shell.

We had a great time, delicious food, and plenty of drinks.  Tell us what you ordered when you check it out.  Opening today at 4pm, ask for Amy and tell her the bitches sent you!